This is a famous Newbie question, what is cycling of tank? i got this question uncountable times and its really a big headache for me to explain from start to end as most newbie to planted tank /Shrimp tank does not seem to like googling and researching... well, I will try to simplify in common english/singlish/manglish.

Cycling of tank does not mean phyiscally cycling using a bike in an aquarium...duh... its trying to create a bunch/colony of Beneficial Bacteria(BB) to eat up any possible ammonia,no2 and this process is called nitrogen cycle.

Nitogen Cycle
Ammonia(NH3) is considered poisonous to fish and livestock even in low amount. However, it is commonly introduced into tank via aquasoil, fertilizer, decomposed stuffs, tap water etc sources. Thus having a colony of Beneficial Bacteria(BB) is very important to quickly eliminate NH3

BB will convert Ammonia(NH3) in the tank, thus reducing/eliminating it and producing Nitrites(NO2). So now, we have lesser ammonia in the tank, but we now have another chemical to deal with - N02. If you have a test kit, you should be able to see the nitrite levels rise around the end of the first or second week.

BB will convert the NO2 into nitrates(NO3). NO3 are not as harmful as NH3 or NO2, but NO3 is still harmful in large amounts. The quickest way to lower NO3 is to perform partial water changes or add water conditioner.

Ammonia, Nitrite and Nitrate although are toxic and poisonous, they are considered as plant fertilizer/nutrient therefore having them means its good for plants. However, having more than required may cause death to livestock or invite algae....

Update: NH3 only exists in high PH area, and it will be converted to ammonium (NH4) which is harmless in low PH area. this information was shared by ada website... great infomation as most of us are keeping livestock in low PH water..thus risk of NH3 poisoning is lower

The above parameters are from my own observation for keeping hardy fish and shrimps, for advance shrimps, its best to keep all NH3,NO2,NO3 at 0 at all times but its quite hard for planted tank as the fertilizer we dose contains ammonia most of the time. So the choice is yours Nice Shrimps or Nice Planted tank.

IMPORTANT
Notes:- You need oxygen for the nitrogen cycle to work, Do remember to add anti chlorine into water aged the water prior Water Change. Chlorine is poisonous and will kill any BB or livestock...that is why chlorine are added into tap water.

I receive requests for extra plants i trimmed, well i do have extra plants but i seriously don't think its worth your time to collect the plants from me.

Promote your Page too 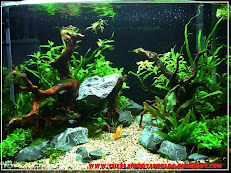 Wongce
I am not Perfect but i am Limited edition...:) I would like to dedicate this little corner to my most beloved wife who given me a lot of support to setup this weird hobby.. Pardon me for my singlish or manglish.. I will update this blog regularly, stay tune for updates...